I've flown a million miles, and I've rode so many more 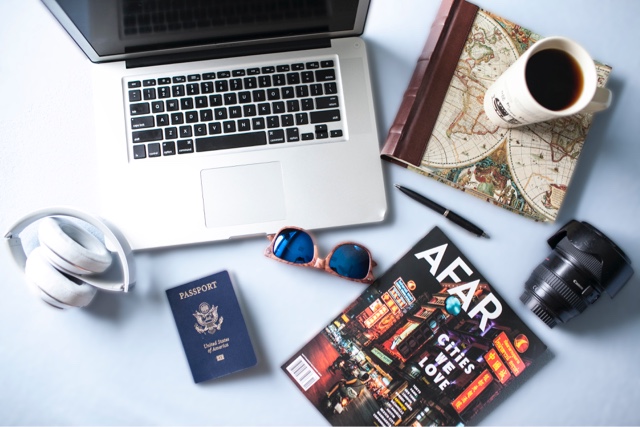 "At the moment of commitment, the entire universe conspires to assist you."--Goethe

As some of you know, and many of you don't; I did this thing. I bought a ticket to Thailand!
•
•
•
Why Thailand you ask? For how long? Who are you going with? Aren't you un-employed? When are you going to get a career? Start living your life; build a life, a family? (I still smirk at "start living my life")
✈️ 🇹🇭 👊🏼
I've always known I was different; sure "I did what I was supposed to" Master's degree, start of a career, steady longterm relationship, looking to buy a house etc...
______________\\_____
And then I took a negative situation, and turned my life around and STARTED LIVING IT.
BUT-
I am a firm believer that everything happens for a reason, and I couldn't hold more true to that statement with Thailand.

So let's back up for a moment since it has been a year since I have written in the blog; what have I been up to this last year? For anyone who followed the "Fitness Journey" section of the blog, you may wonder if I just fell off the face of the Earth? Thankfully for us all; I did not. Here's what happened:

I competed in my first bikini competition in Mashpee, MA (basically Cape Cod) on April 23, 2016 where I placed 3rd place. A month later; I competed in my second show in Bloomfield, CT on May 28, 2016 where I won 1st place, and my Pro Card. I took off a year from the stage to build more muscle, get sponsored by Simply Fresh Solutions, and debuted as a Pro in Worcester, MA on June 3, 2017. I didn't walk on stage how I had wanted to or envisioned...Type A personality here's what happened, everything was going as planned; hair, make-up, food intake, water. And then I hear, "last call bikini 39."

How did this happen? My tan hadn't been touched up, I hadn't been pumped up, and I was frantically running down the hallway; one heel on, the other in hand. Backstage I quickly tried to pump up my muscles, gather my head, and in 5 minutes time I was walking out second in line, followed by 11 other women behind me. "I can't believe this is how I am debuting as a Pro" I thought, posing felt like an amateur giraffe up there with no confidence, my back number fell off and was lying on the ground. "Well I blew that...there's always another show", I thought.

Jenn came running to me afterward backstage to tell me how amazing I looked up there and that everyone is saying I placed top 5. Were they looking at the right number? I didn't want to get my hopes up; but there I stood 4th place, beside 4 other amazing women! My only thought was, Imagine if I actually felt confident up there, and wasn't rushed to the stage! My number one goal with my Pro debut from day one was I wanted to place. I wanted to look like I belonged up there as a Pro...mission accomplished!

So how did I get from placing 4th as a Pro Bikini Athlete to flying to Thailand? It has always been my off-season goal to start practicing and training Martial Arts; naturally I am a bit of a feisty hot-head so I've always thought the practice would benefit me in many ways. I knew the bruising would not be conducive with stage presence, so I would have to wait until my competitions were at a close for the season. The other question was; which art shall I choose? I am interested in Jiu Jitsu and Muay Thai mostly; but actually started with boxing, and I realize boxing is not a martial art. Like many things in my life; boxing fell into place.

I was training boxing 1:1 about once a week with someone who had walked up to me one day while I was deadlifting, and complimented my intensity of which I workout, as well as my strength for my size. I was really enjoying the sport, but found myself blocking with my arms instead of slipping out of the way, and wanting to throw in a kick. On Friday July 28, 2017 for the first time ever, Lion Fight would crown a cruiserweight champion Fight 37 at Foxwoods Resort Casino in Mashantucket, Connecticut featured Paul Banasiak “The Reaper” and Chip Moraza-Pollard "The Surgeon.” Although "The Reaper" did not get the win, it was an amazing experience to be at..."everything happens for a reason" number one.

The following Tuesday Paul and I went on a day hike at a few local spots in Connecticut where we discussed his fight, my previous competition, and our future goals. For the first time in months, I hadn't had a goal deadline in the near future leaving me kind of stagnant feeling. I explained how I always wanted to live a life worth reading about, because one day I would love to write at least one book; he expressed how he thinks of his life as a movie. He talked about his next move; The Limitless Project, which would be a two week Muay Thai training camp journey. The way he talked about it, and Thailand, had my wanderlust soul aching. His energy, his passion, for giving back to the community; where he trained for 9 months straight, he wanted others to experience what he had in a highly condensed fashion. Right then and there I knew I had to go, but how? Didn't matter. He told me how he had one spot left since he was keeping it as intimate as possible for the best experience all around. "Everything happens for a reason" number two. We would all live together in a villa, we would train together, we would eat together, and explore together; Real World Muay Thai edition if there ever was such a thing. My mind was racing a mile a minute; I am a passionate person, I give all or nothing, 150% or 0. When I get an idea in my mind, I create the reality. So it shouldn't surprise my friends, family, and readers; that when I decided to train Muay Thai I go to Thailand to do so.

I looked at my calendar...the 28 days that I would be gone; just short of a visa, giving me a few days before the training camp, and a few days after it – there were only two events that "got in the way." I had purchased a ticket to the Revolution Rock Festival also held at Foxwoods Casino September 8-9th to see my favorite band Five Finger Death Punch (among others.) I had also bought a ticket to run my first OCR (Obstacle Course Race) which was the Rugged Maniac September 23rd. But nothing else fell in the way; no birthdays, no photography shoots, nothing. Was Thailand worth losing money spent on these two tickets? (I am smirking that those words are even written; it was supposed to be a suspenseful cliffhanger of a sentence but I can't take it seriously!)

Wednesday night I brought up the idea to Jenn and she said; "are you kidding me, a concert or Thailand?! I'd eat the cost spent on the concert; this is a once in a lifetime opportunity." Guess I just wanted to hear someone else agree with my spontaneous adventure, this was when I decided I was going; though we really know the decision was already made that past Tuesday when I became aware of the opportunity. My mom was on vacation, and I didn't want to tell her the news while she was away. Saturday I got an e-mail "Revolution Rock Festival producers announced today that, due to circumstances beyond their control, the festival has been canceled this year. The festival was to be held outdoors at Foxwoods Resort Casino on September 8-9, 2017. Refunds for all 2017 tickets and packages will be offered to all ticket purchasers beginning today at 5:00 PM and be automatically generated by the ticketing company." "Everything happens for a reason" number three. Paul and I trained at Thornton Martial Arts in East Hartford, CT (his home gym and team) and after we joined the team at a smoker charity event on the other side of the state. I recognized a lot of fighters from the AMMO tournaments/fights that I have been a ring girl for, and had an amazing time.

Sunday I bought my ticket to Thailand. But before that; I trained again at Thornton's with Jay. Paul flew out the following Wednesday and I haven't looked back since. I have trained twice now with Kru Ed the owner of Thornton Martial Arts, I've gotten my Hepatitis A and Typhoid shots; I am forever grateful for the individuals at this gym. Taking me in like family on such short notice, I couldn't ask for a better bunch. It really amazes me the people who help, and support each other if you just put it out there. Take a chance, surround yourself around those you can help, and those who push you to be a better you!

I accepted that I would take the loss on the OCR ticket. Then I read that my Rugged Maniac ticket could not be refunded, but could be transferred. I asked everyone I knew offering a discounted rate if they would help me out and take if off my hands; after many rejections, my previous employer from State Farm back in college agreed to take it off my hands and even fought me to pay full price, thanking me that he wanted to do the Rugged Maniac. "Everything happens for a reason" number four. Both events have been refunded to me, and I am about to start a new chapter in my book of life.
🙏🏼🐘🌏

Keep checking back to see when the adventure begins! (It will be soon!)

It is said that the hardest part of any journey is taking the first step; in this case I'm throwing the first kick...
______________\\_____
"I've been a thousand places
And shook a million hands
I don't know where I'm going
But I know just where I've been
I've flown a million miles
And I've rode so many more
Every day, a castaway
A vagabond, battle born
I'm battle born." --Five Finger Death Punch

Email ThisBlogThis!Share to TwitterShare to FacebookShare to Pinterest
Labels: thailand