So, as most of you know by now; I fell off the face of the blogging world, my apologies. For anyone who read my Appalachian Trail journey, I write it how it is (good or bad). Some things with my fitness journey could not be said during the time of the event, plus I got pretty wrapped up in training and posing and the blog became obsolete. Though I know I cannot leave loose ends, so here goes; this is being written nearly six months later (I just shocked myself counting out the months on my fingers!)

Though I won't remember every small feeling and detail of the weeks nearly 6 months ago; I will try to benefit any first time competitors out there reading. I have been bruising severely on my legs from lifting and insufficient nutrient intake, which lead me to the Manchester Health Shoppe to pick up some Iron and Vitamin C. I've also been contacted from friends asking if I am a personal trainer, and advise. I notify them I am not, but know a good one. An old friend (time not age!) reached out to me to let me know of his fitness journey and the amazing amount of weight he has lost all on his own. Since then however, he has come to a plateau and was seeking further help. I notified him of Iron Will Fitness and acted almost as a personal life coach at times in need. I enjoyed helping others and letting them know that not every fallback is a failure (maybe I need to listen to what I preach!) Why is it so easy to tell others what they should do, think, feel; and encourage them to better their lives and minds but when it comes to yourself you fall short? I've realized that I want to help people in any way that I can; whether it is a life coach of encouragement, just writing this blog for others to read, or eventually getting my personal training certificate. Wherever this road takes me, I am along for the ride.

I have been working out both at Iron Will Fitness with the competitor team, and also usually one day a week with Padraic at the Edge. Since moving to the new studio space at Iron Will; I am really enjoying the vibe at the Edge more and more. This was the case until the Edge and Carmen had a meeting about "Padraic training girls at the Edge" and how it was not acceptable. What it comes down to is; Padraic and I would workout together as workout partners and they saw it as he was training me on the side. He cancelled his membership at the Edge, and I rarely saw him to workout together anymore which was disappointing. He and Mike started working out at Big Sky, I was working out at the Edge or Iron Will, and it got to the point where one day he just asked me to come workout at Big Sky with him as a guest. I really missed our workout session, we had fun, and I learned a lot. I picked him up, and to Big Sky we went; now I haven't been there since it was Courthouse Plus nearly 15 years or so ago! It didn't seem as new and invigorating as the Edge, but it wasn't Iron Will either. It was a new in-between that I now long for and miss. At the end of our workout; Padraic offered up paying for my membership as long as I held him accountable and committed to at least three days a week with him in the gym. I felt really bad him paying for my membership; I had a membership at the Edge, and paid for competitor training at Iron Will, what did he have to waste his money on a membership for me? I explained my concern, and he said it would help him out as well to know he always has someone to go with, I walked out now a Big Sky member as well that day.

I was feeling more and more disconnected to Iron Will, and more and more excited to workout with Padraic instead. The energy in the gym was feeling forced, where the ease of excitement at Big Sky was preferred. It started to feel like middle school or high school where there were cliques and you were on the outside. Yearning for approval; I purchased my first one piece, all the rage at Iron Will these days. Carmen wore them daily, Nicole now had one, Gabby had a couple, and I wanted one. I looked over the inventory and Carmen insisted that they didn't have one small enough for my itty bitty; Nicole insisted I try one on anyways, so I did. I grabbed a red and black one piece, headed for the bathroom, and slipped it on. I felt like a badass as I walked out with my Wonder Woman converse high tops, matching bandana, and skin tight one piece. I strutted around and all the girls clucked in approval, I felt great. I decided then and there I was going to walk right out that night wearing it (after buying it of course.) I walked out head held high, and so excited that I forgot my water bottle and wrist wraps in the gym! Oh well, at least I looked good.

Ever since high school I have had a fetish/obsession/positive complex if you will with my abs, I always had a flat washboard stomach and was proud of it, until about senior year of high school. Then it became more of an insecurity and negative complex; well the abs were back and starting to show more and more everyday. Each morning I would wake up, walk to the bathroom and do an ab check; yes I was now conceded and obsessed with checking the progress. No but really, I was just excited to see the change in my body and that my hard work and persistance was paying off. I had been on a roll with my egg whites and oatmeal that I decided a protein smoothie was in order; I got out about 10 ingredients to blend together and create a beautiful mess. It happened to be so picturesque that I actually got out my camera and tri-pod and had a mini photo shoot before enjoying. Yes, sometimes I get more excited taking photos of my food than actually eating (sometimes.)

My weekly massage was a necessity of training and recovery, this week I fell asleep multiple times which was nice, though the gas I experience on prep makes for some uncomfortable session sometimes. I held in the whole time and actually heard my stomach growl out loud in annoyance! Nowadays my car and room are my safe places, but dare if you will enter with caution! I've been using my Edge membership mostly for step cardio these days, and what I mean by these days is like maybe two times a week since I rarely do cardio, shhhh don't tell Carmen and the other girls they'll hate me! Today I decided to get some sweat in and made sure of it with my Fitbit, man that is one of my favorite prep gadgets. After, I ran some pre-birthday errands; I went to finally get a frame for the white blaze (trail marker) I obtained on the Appalachian Trail, I stopped in at the Vitamin Shoppe to pick up some birthday cheats, and finished my night at Target and on the hunt for some sugar free syrup (I know gross.) This is where my lifestyle choices and competitor prep self bash heads; everything on prep needs to be sugar free and horrible for you, typically everything I try to stay away from in normal life. Luckily, it was just for my birthday celebration I needed the syrup. See originally when I decided to compete, I said how on my birthday I would be eating cake, having a shot of patron silver, and a cheat meal; yeah that changed quick as my dedication increased. My cheat would now be protein pancakes as a cake and that was it!

My alarm was set for 10:00am you know, because I am a bartender and all I need my sleep; why is it that I am awake right now at 8:52?! Oh right, because the asshole neighbor behind us is cutting down every tree in his backyard and grinding them up at the crack of dawn in the morning. Sure I am exaggerating with the timing but still! What a way to start off my birthday, better make up for it with the amazing protein pancakes...(and waffle) I made! Again, I think I was having more fun photographing the food than actually celebrating eating it. It was quite the process setting the stage and I made the waffle first; quite simple actually with just a little syrup, chia seeds, cinnamon, and banana . It was amazing! The pancakes were next, and though they were a little extravagant and sweet for my liking, the photos came out great. I used the birthday cake protein butter with sprinkles and put a candle on top for my mock birthday cake. I ended up scraping off most of the muscle butter because it was too much and ate every last drop of the pancakes. Below you can see the photos from the shoot, and a photo of my set up aka the mess I made on the dining room table. I met up with Carmen at the Edge for some birthday posing before going to the movies solo; I asked a few people, they couldn't go, and I really wanted to see Deadpool, so I went alone. This would now be the second movie I've seen by myself at the theater and I was okay with the fact. I brought my meal in with me, sat and laughed my ass off at almost every scene.

It was Thursday which meant, shoulder day at Iron Will Fitness. About 3/4 of the workout was complete when I am bombarded in the mirror with Padraic and Dee walking in with a huge grouping of balloons and flowers. The girls gawked at the fact, and I almost cried! They are such amazing people and I am so lucky to have them in my life as friends. I went over and thanked them with hugs and grabbed a quick photo before finishing up my workout. After, I made sure to grab a photo of all three of us to remember this awesome birthday surprise. I rushed home after my workout just like every other Thursday to get ready to head into the bar, this Thursday was by far one of the best though. My family came in to have dinner, Mike stopped in to wish me a happy birthday, and Padraic came with a single orange rose to wish me a happy birthday. When I thought it couldn't get better than that, all of the regulars at karaoke that night sang me Happy Birthday; and Bill at the end of the night gave me $20 and wished me a happy birthday. I really am lucky for all the people I have met within the last few months, for without them; this whole process of competing and life would be a lot harder. 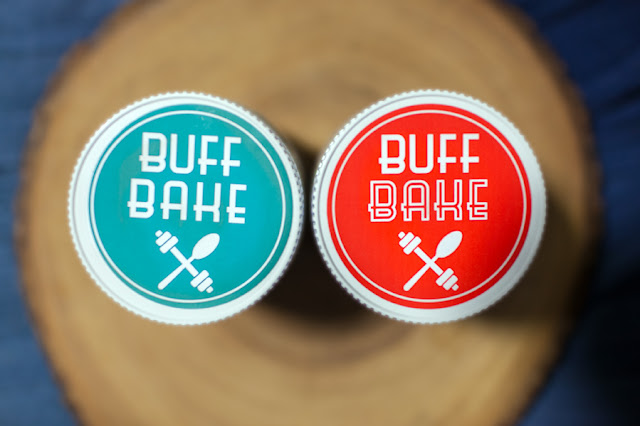 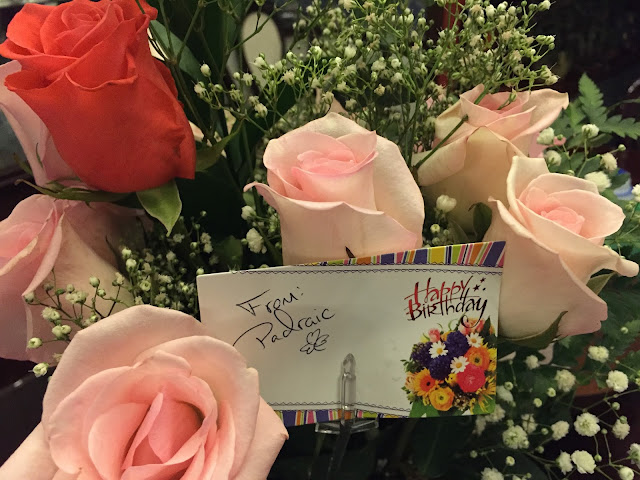