The rain has stopped, the hikers are feeling better; time to hike on. Part of me wanted to roll over in my bed and go back to sleep; the other part was ready to go back. Papa drove us up to where Mom had picked us up and we stopped for one last bathroom break at the gas station. There was a bit of a line, and only one bathroom so while I was standing there I noticed "limon" flavored chips. Is that lemon, or lime? There is a photo of a lime, but it sounds like lemon- interesting. Regardless of me standing there waiting; a woman from behind me walked up like she was going to check the bathroom. I stated how there was someone in there, she looked at me like I had three heads. Again, I said there's someone in there (not even noting on the fact that if there wasn't, I would be next not her.) She continued on, walked up, and wiggled the door knob. She turned around and walked back and I said again, there's someone in there. I love Vermont, but man; something was loose in her head. We got to the trail around 10-10:30 I think and off we went. I was out front up the large climb we had out but not for long. Lynn and Garnet crept up on me and I let them pass, my left knee was bothering me a bit. It seemed as though Lynn was on a mission, she was out of sight in no time. The day went on and it was really foggy and sprinkling on and off, but I wasn't letting the weather get to me. I had no sight of either of them for quite some time until my stomach started to rumble and I saw Garnet up ahead sitting for lunch. I joined her and she had said she hadn't seen Lynn, this was unusual since we usually stop every once in awhile to catch up to one another; especially for lunch. Garnet and I ate together and the sun actually came out for a little bit. After lunch I was back by myself and I came to a bridge that had a sign at the other end saying "bridge out." It didn't look out, could this be some kind of joke some teenagers pulled? I looked at the stream crossing, and then the bridge, and decided I was going to use the bridge. I walked scaling the railing and hoping not to fall through, then of course when I didn't; I took a photo. I enjoyed my day in the woods today taking my time and taking photos even though the weather was dreary and cold. We found Lynn at the shelter, seems she booked it to there to be dry while she ate. She was sprawled out with gear everywhere and sitting in her sleeping bag. We hung out there for awhile and then Garnet and I headed on while she packed up to head on to the shelter we were staying at. I enjoyed all the new music on my ipod, and in 4.3 miles we would call it a day. We didn't even bother to go up in the lookout tower since the weather was so crappy and foggy.        Garnet waited for me at the shelter sign and we walked over to the shelter together. A shelter with a view; I set up my tent next to Irish who was already setting up his. Lynn showed up, and her and Garnet are the only ones in the shelter tonight. We all hung out and talked for dinner by the shelter, I can't believe how cold it is out, like see your breath cold! I don't think I sweat once today-so glad I decided to bring my down jacket while I was home last. It is still sprinkling a bit and I really hope it stops in time to dry out my tent before the morning. Tomorrow we hike Stratton Ski Mountain and that should be interesting. I just realized the tentative schedule I made for this week, the shelter we are supposed to stay at tomorrow night charges a fee and doesn't have tenting-new plan in the works. Tonight my tent is set up in a rut, it is like a banana split dish and I am the hotdog between the bun, not very comfortable though. It is always nice to have a view at the end of the day, and first thing in the morning. 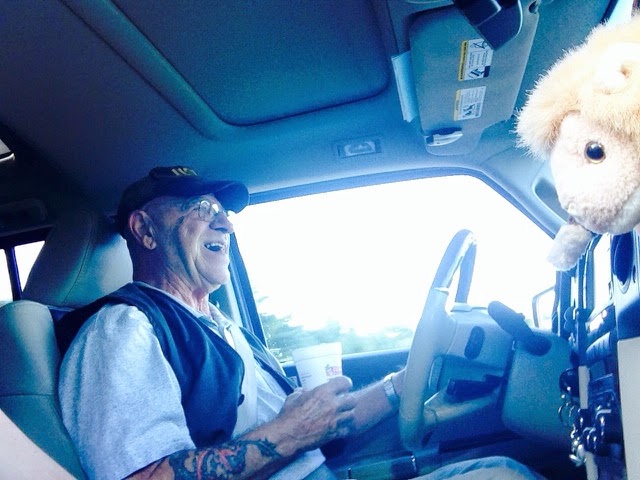 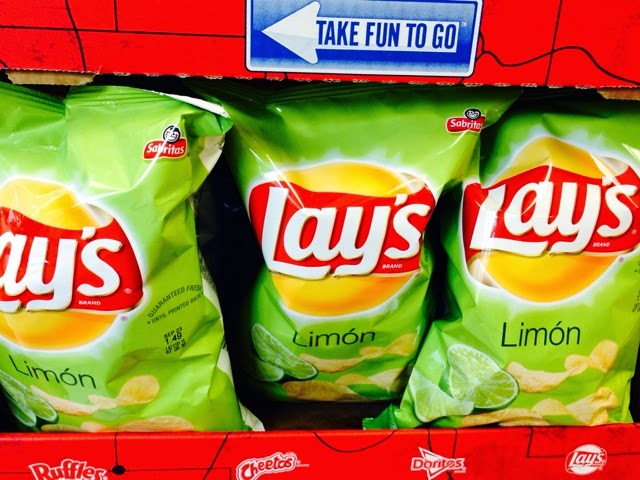 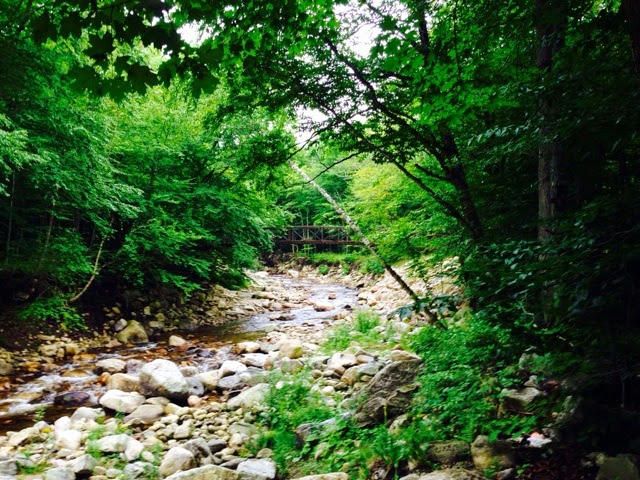 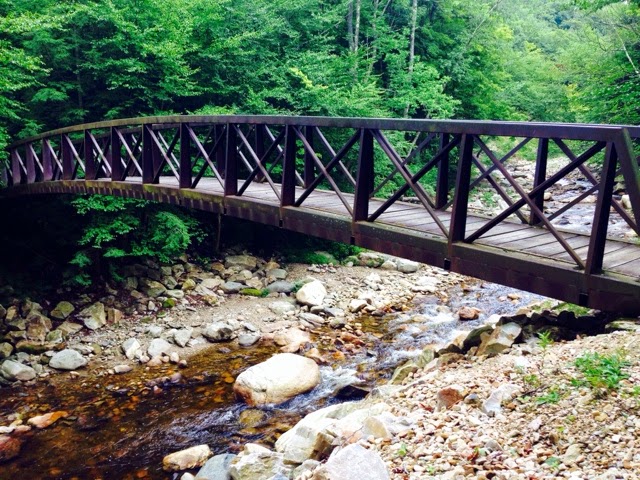 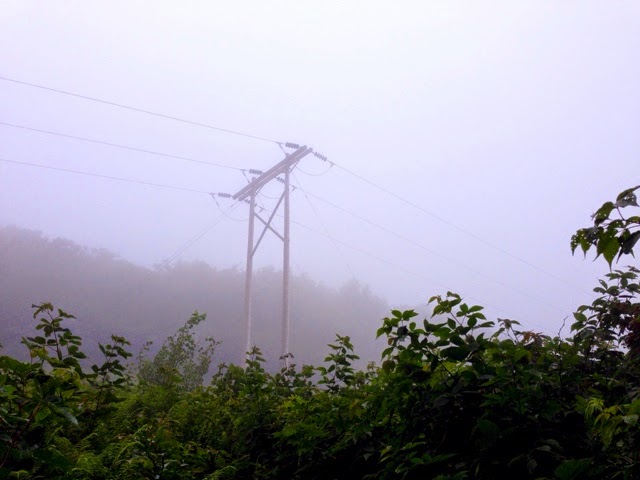 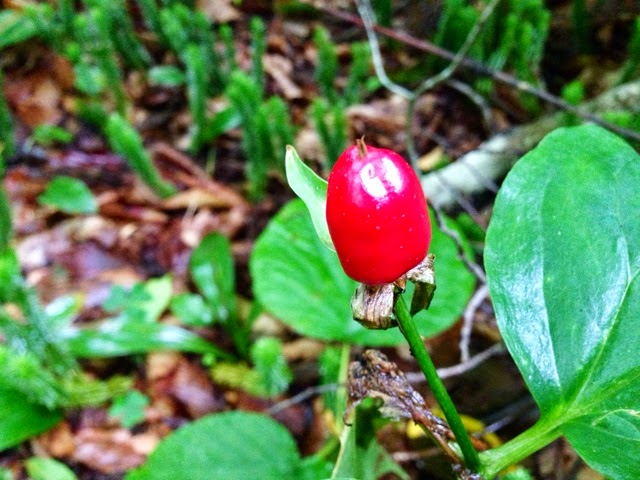 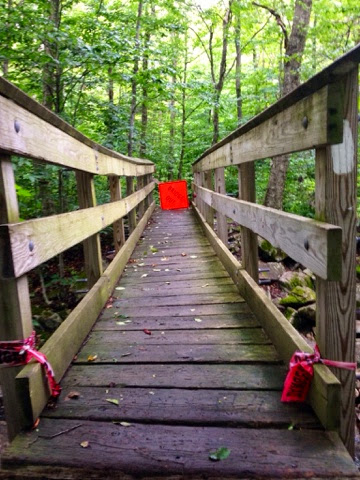 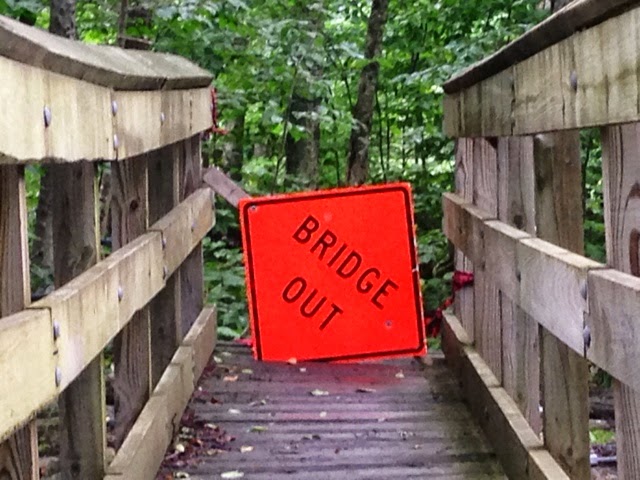 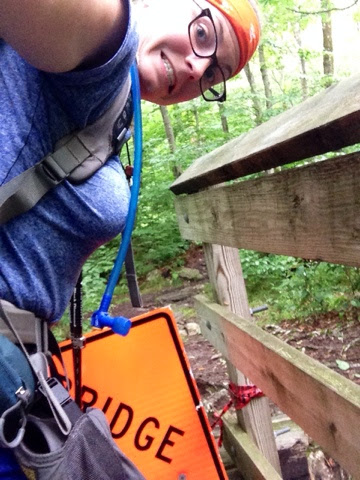 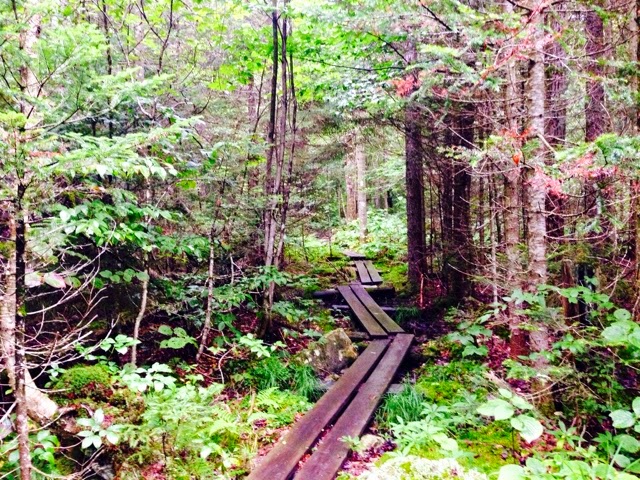 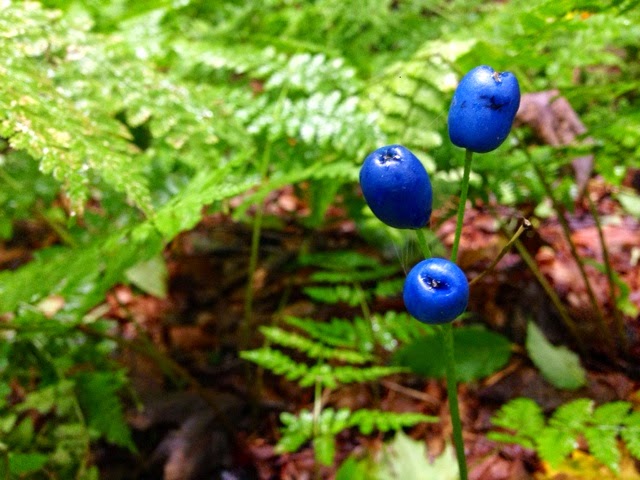 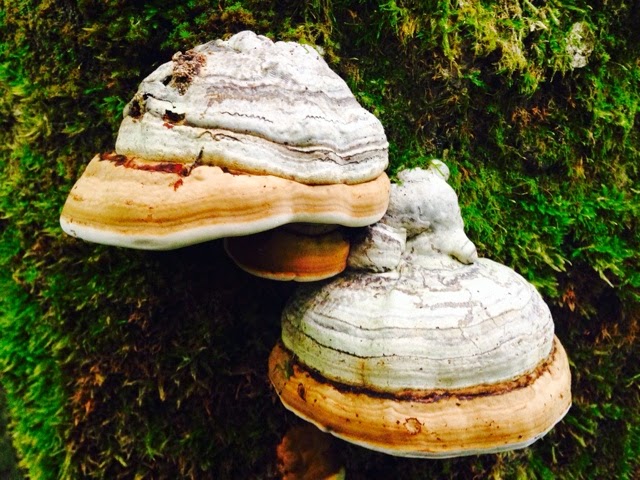 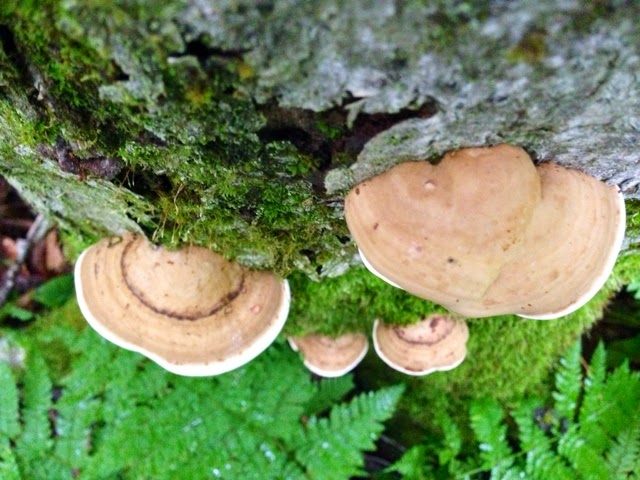 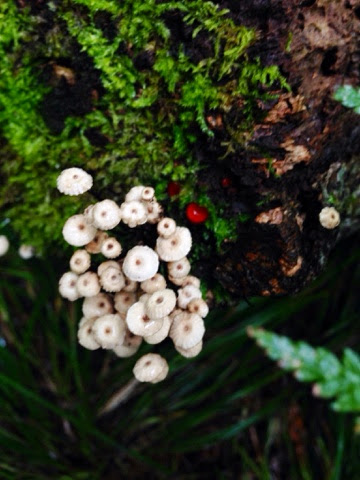 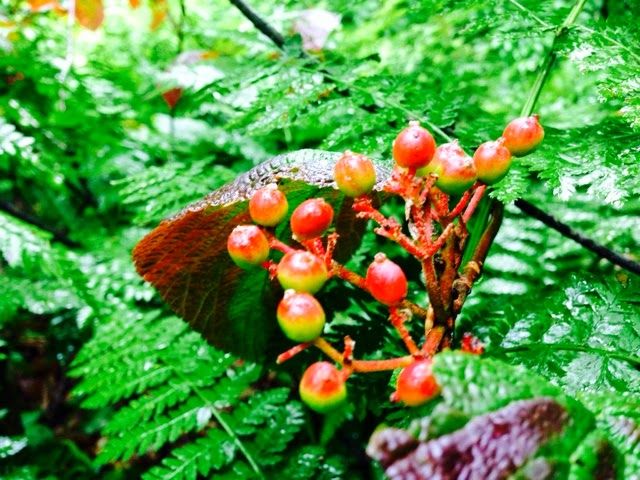 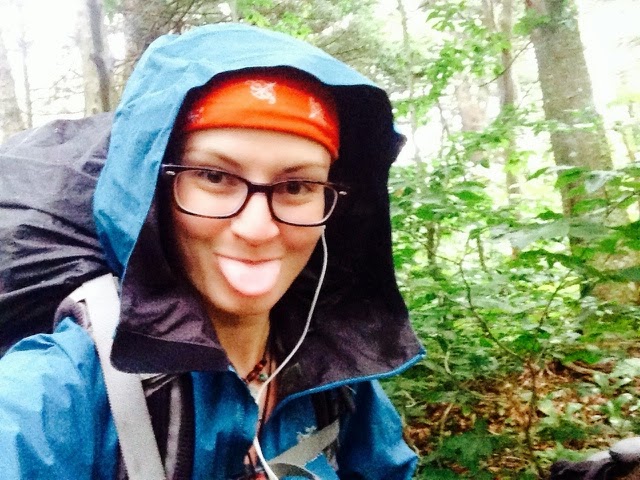 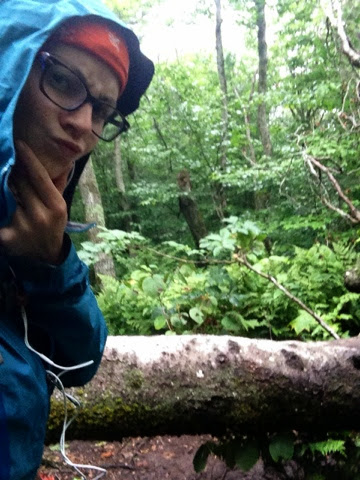 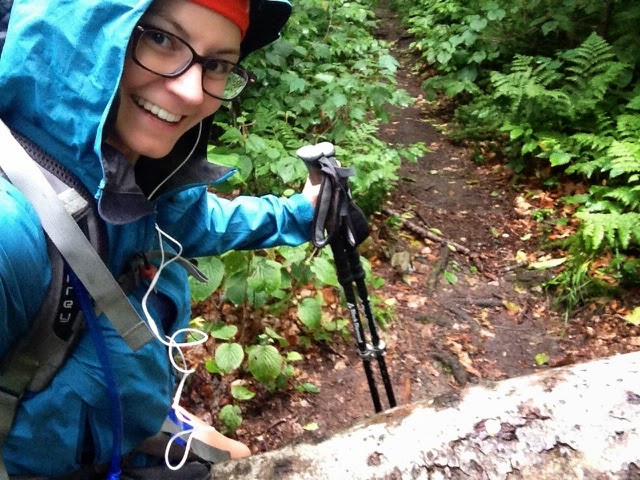 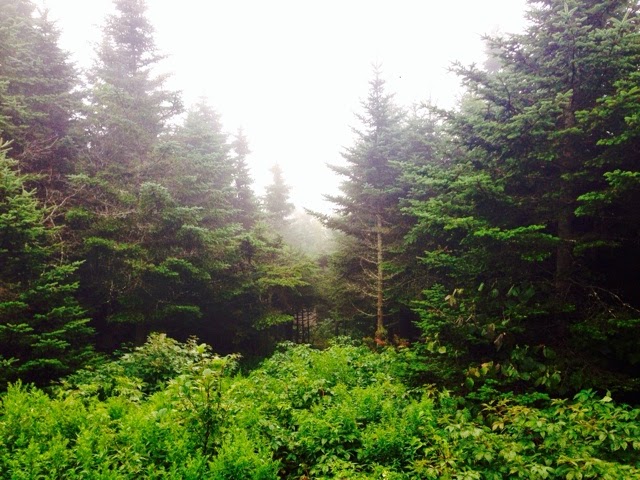 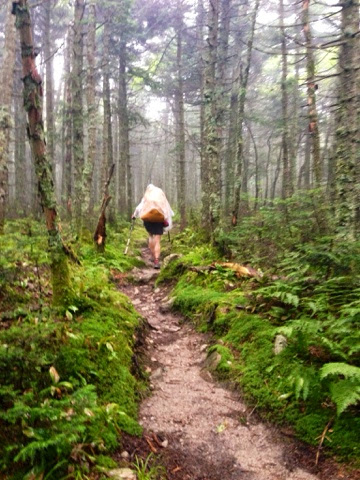 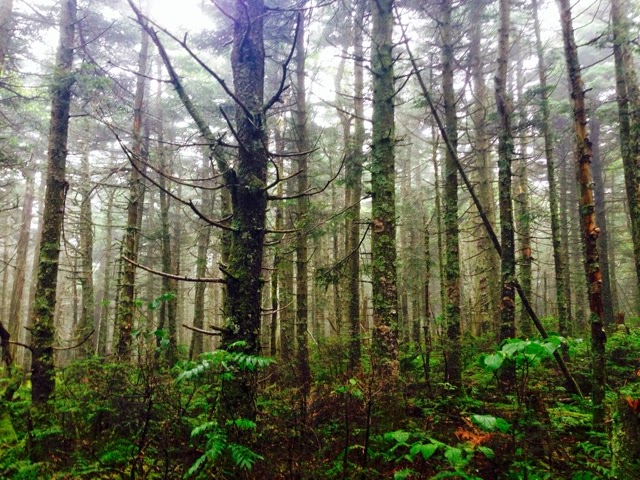 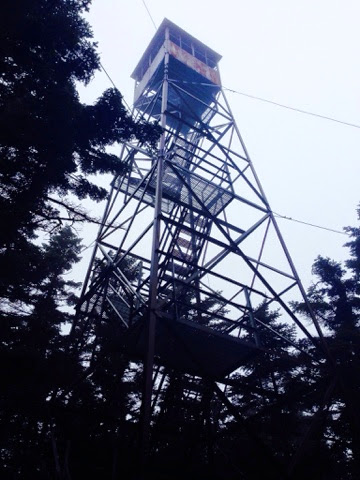 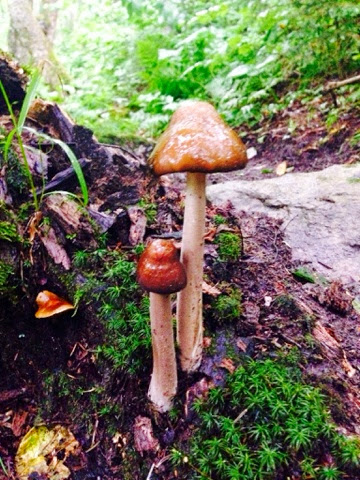 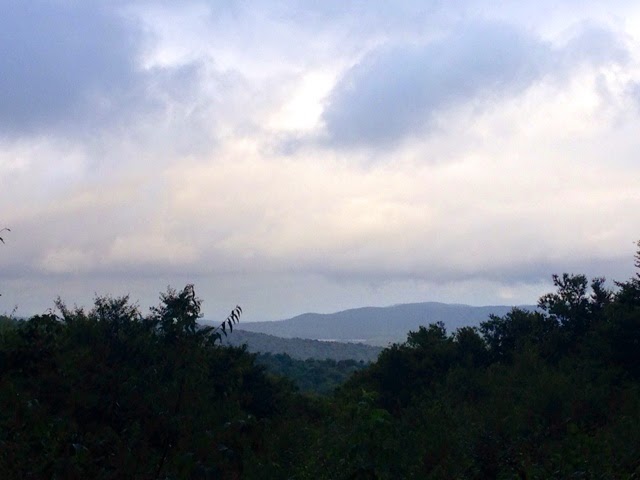