I slept pretty well last night and actually woke up before my 6:00 alarm, I meditated for 15 minutes and packed everything up. The uphill climb leveled out and then I saw Batman at a road crossing so I walked over to catch up and met Pocahontas. Batman is trying to get to the city so he was doing a big day, but she was headed to the same shelter I was. Pocahontas and I didn't talk much, but later Batman told me she just got on in New York and was trying to make it to Maine. A good part of the day was spent hiking near a lake, beach, and camping. There was a sign by the trailhead saying Trail Magic and the campsite number for breakfast and dinner. I was so tempted to go down to the beach but I knew I was meeting Papa around 2:30 so I headed up the mountain. Today was so hot and that would have been so great to go swimming. At the top, I sat at a little opening and made lunch; tuna wrap and cashews. The rest of the hike was just in the woods, up and down; I was getting low on water but I knew I could drink it all since Papa was bringing water and Gatorade. The last leg to the shelter was all downhill, the worst. Just get me there already! My knees hurt, and my feet hurt, and just like everyday- I just wanted to be there already. When I finally got to the bridge over the stream I knew I was close. There were two young guys filtering water there and they had their stuff spread in the middle of the bridge. I politely said excuse me but thought why the hell are you hanging in the middle of the walkway. I saw the shelter, and almost walked right past to the road until I saw white socks and blue Gatorades. My Papa was here! I walked over and sat beside him and a sectioner named QuarterMaster who he had already given a Gatorade to. I drank my Gatorade and enjoyed two pieces of hawaiian pizza left over from last night! Does it get any better than this? I organized my re-supply food and realized I had some stuff left over from the past couple days so I ended up trading some stuff out and sending some food back. Two more sectioners showed up and then I realized it was the two guys from the bridge. They were just out for a week after graduating and had so many questions about thru-hiking. I did my best to explain and story tell. Their names are now Reginold Winter Bottom (which I told him was too long, if he was thru I would end up just calling him Winter) and Voldemolt. We all talked for awhile and Papa stayed for an hour or so which was nice. Pocahontas showed up and Z and Gia. Z and Gia are thru hikers and it turns out, they started the same day I did but I haven't ran into them yet. Winter and Voldemolt ordered Chinese and so did Superman who is sectioning Southbound. Z and Gia ordered a pizza and the sectioners got a kick out of ordering food right to the shelter. I had my pizza fix for lunch, so I ate my camp food. Superman had this Tiger balm that seemed interesting he said it was kind of like icey hot for sore muscles, I use Arnica cream but always like to know other options. After, Superman ordered fries, sodas, and a brownie from the pizza place for delivery. He is actually quite the character he was a underwear model and sat there with his pipe and knife cleaning his toenails...seemed the farthest thing from a model. It is supposed to thunderstorm but it has held out for most of the night, wet tents are no fun to pack up and carry. Tomorrow is my longest day this week 16.8 miles and that would suck to carry the extra weight since I have a full stock on food as well. Tonight is a fun group of people and Pocahontas and I clicked pretty well. I even painted her nails and Winter's purple. I also realized why I was smelling such a strong nail polish smell over the last couple of days, seems the polish decided to paint my hand sanitizer bottle in my pack. I have to pee, but it is still daylight and everyone is up, and I don't use the privy so this sucks. Guess I will just continue to fuel the fire with my tea. It is amazing how much we share on the trail about our lives with people we just met, and it is totally normal. I want to stay up and socialize but I also know I have to get up early to make the higher miles doable tomorrow. Around 9:30 the skies got really dark and windy and the thunder and lightning started so I got in my tent before the rain came. About 10 minutes later it started to downpour and crash with thunder, crazy storm. Glad I was dry in my tent though! 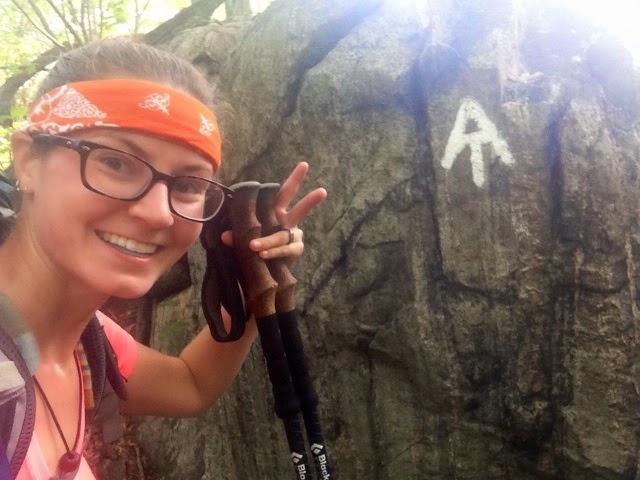 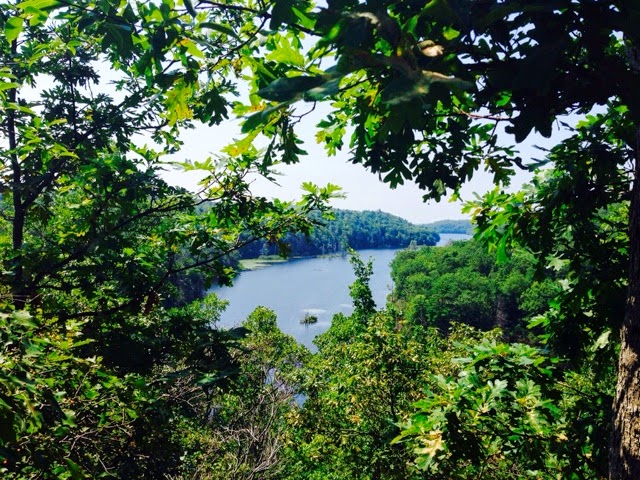 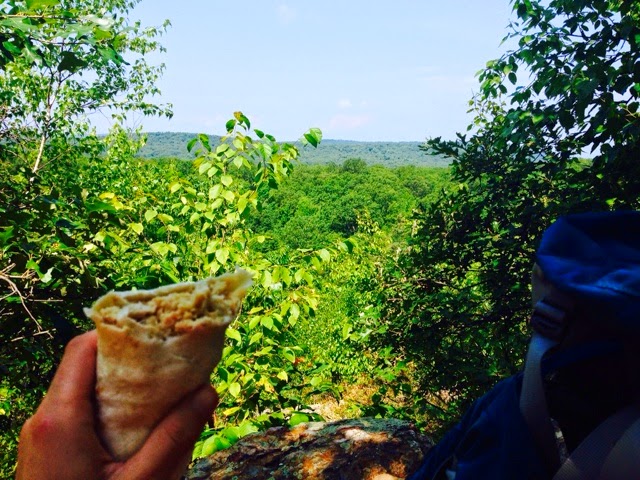 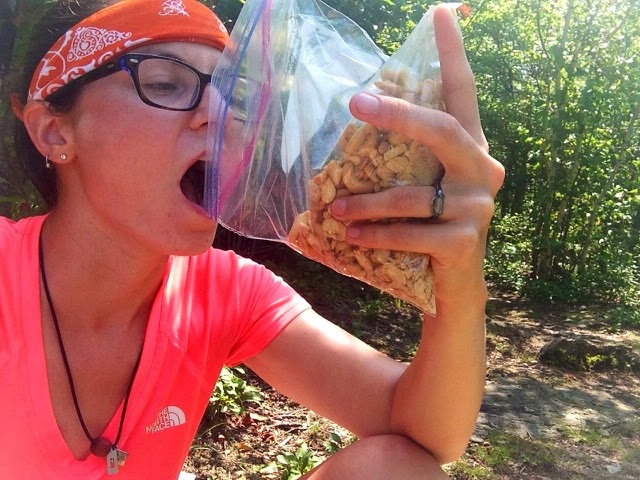 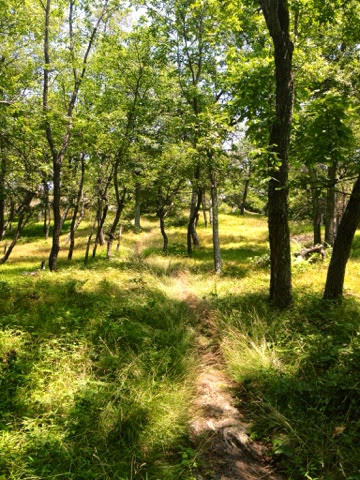 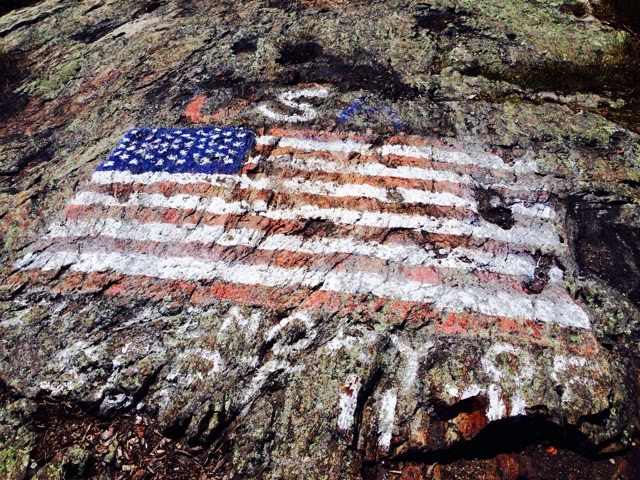 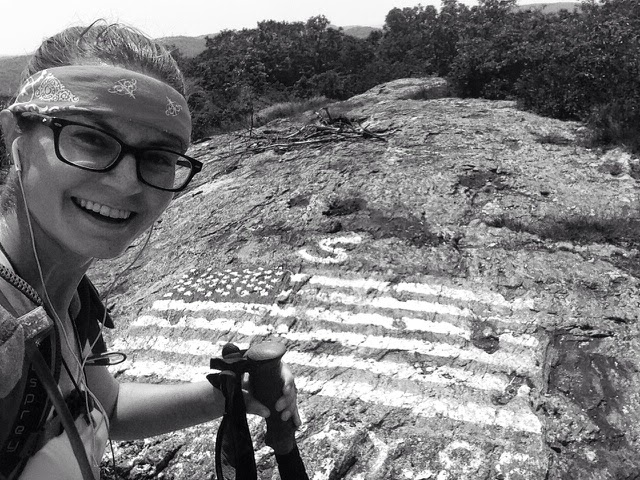 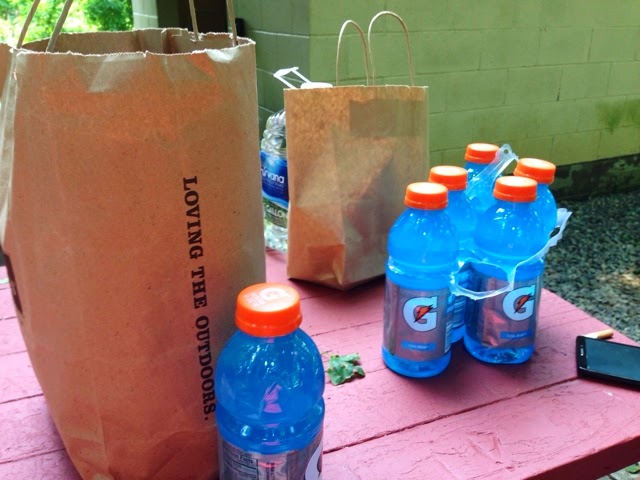 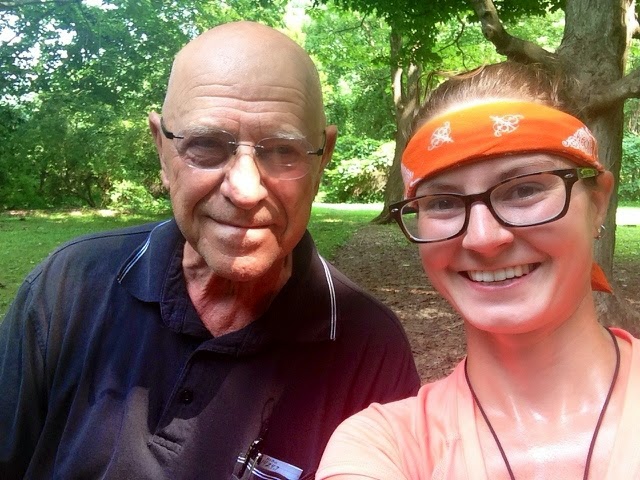 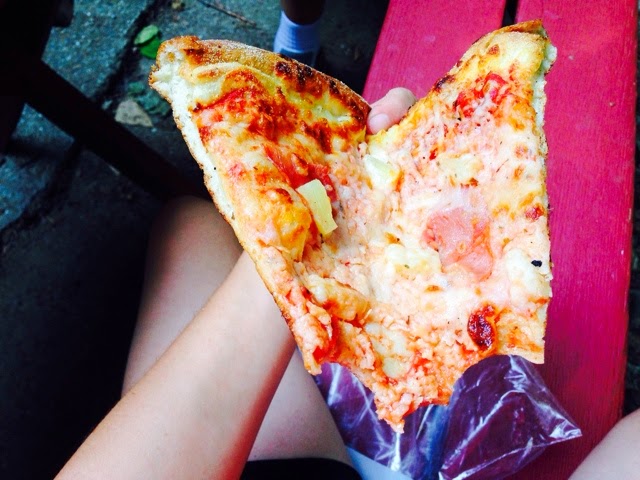 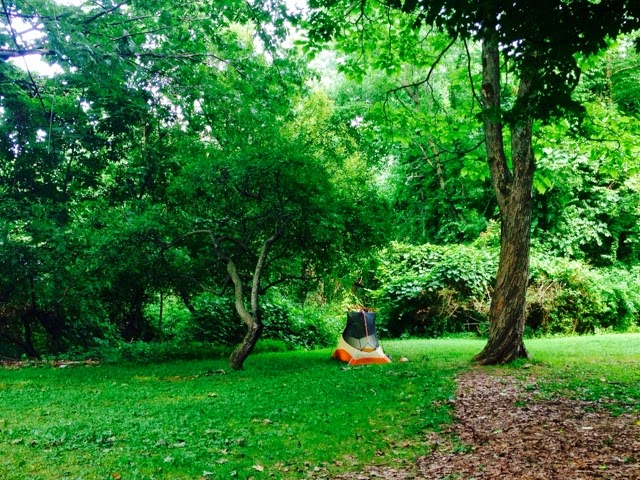 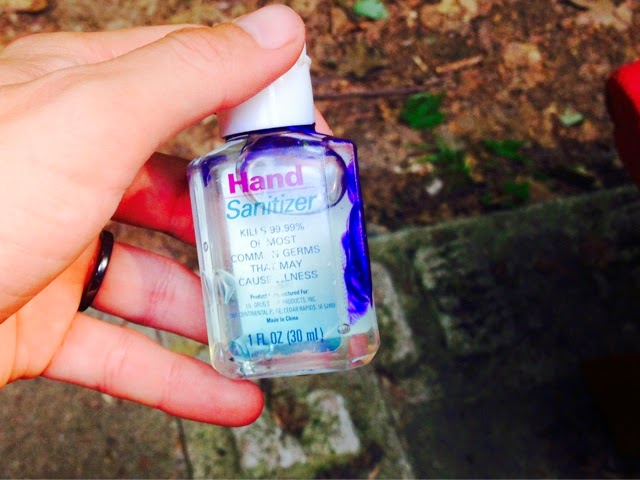 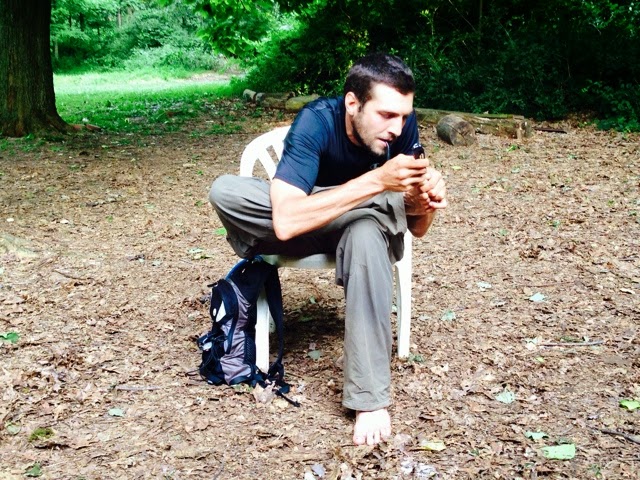 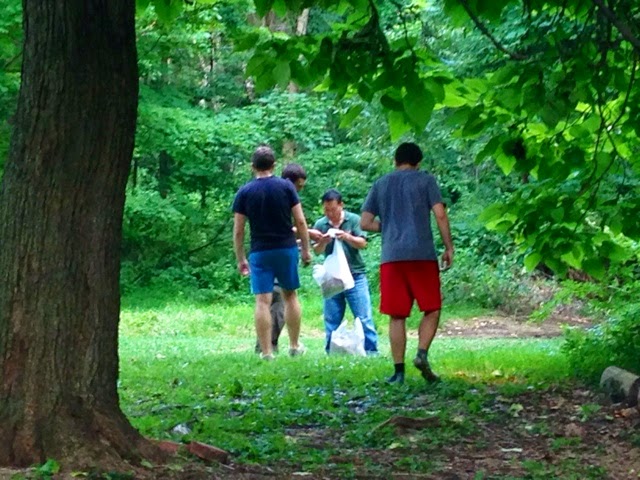 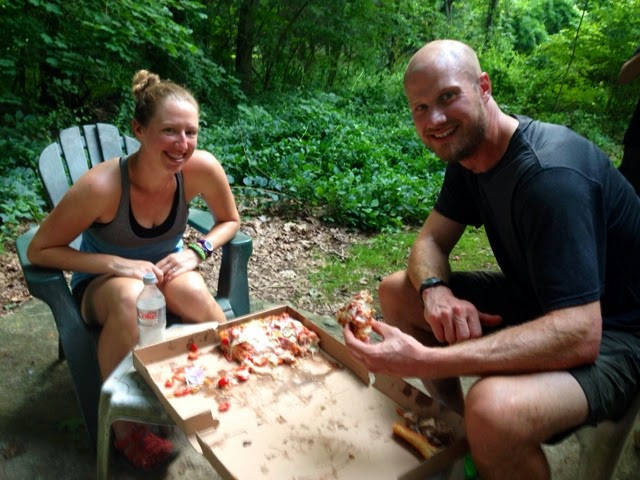 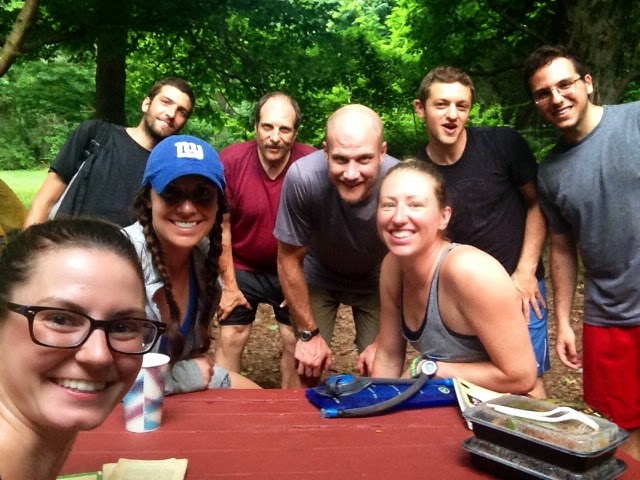