Day 73-Zero At The Taj Mahal

I woke up two times in the night to go to the bathroom and my digestive system gurgled all night from the probiotics. Praying it was nothing serious, I would fall back asleep. In the morning I learned Dexter wasn't feeling great. He had 1 Gatorade and 3 sodas at lunch and one soda at dinner so I think he was just dehydrated more than I was. I stuck to water and Gatorade. He stayed outside and papa said he could barely walk, we moved him to a cabin incase he was contagious for Papa's sake (and well all of us really.) But if Papa got sick it would put him in the hospital and it would be very serious. The rest of the day we all just lounged in our pajamas and I was still siting in bed. We had smoothies that Nana made, and I had a dry English muffin and banana to play nice and not push my digestive system. I made another Gatorade, probiotic, echinacea concoction and after taking my third sip I got a mouthful of tea-damn! Nana said just throw it out and get another one but my probiotics were already in there, we got out the coffee filter and slowly poured the loose tea Gatorade in to filter out. This was a tedious process, but it worked! You can take the hiker out of the woods, but when you do-they sprawl out everywhere! I opened up my food box and started to organize. I opened up the oatmeal and carnation breakfast packets and added one of each to a ziplock to save me time on the trail, and trash. I opened the two beef ramen and two chicken ramen and did the same. I had a big slice of Hawaiian pizza from last night and after was business planning. Papa and I sat down with our AWOL guides, maps, calculators, and computer to figure out my next weeks worth of hiking. We found a campground about 80 miles of here and worked out a schedule. I would start hiking again on Friday which meant tomorrow would be a zero as well! Friday I would hike and stay in the woods, and then hike Saturday to Papa and he would pick me up and bring me to the campground that night. Sunday to Tuesday I will slackpack everyday so I will have a nice light pack with food and water, and then he will pick me up every night and bring me back to the campground. NOW this is how I want to thru-hike! It's really nice to have such a supportive family that will go out of their way to help me on my journey. Being with my grandparents in the motorhome like this reminds me of when I was younger and would stay with them, it's a nice feeling and memory I will remember forever. Now that our plans were figured out; I knew I wanted to buy a small daypack for slackpacking to balance the weight on my shoulders verse the top of my pack as a sling. But that would be tomorrow. After relaxing all day we were more tired than going out and doing stuff, we debated going out to dinner but then decided we would check out a bistro in Lexington. We put on some clothes and headed 20 minutes to Lexington; a town similar to Marion. It was so cute, and the Bistro on Main seemed promising. My kind of restaurant for sure, I started with a cup of cold cucumber dill soup. It was so good and refreshing, accompanied with some homemade beer bread-yum! For dinner, papa and I both got the filet with a mushroom wine sauce, spinach and garlic mashed potatoes. Nana got the NY strip with a bacon molasses glaze with rosemary potatoes and green beans. Everything was fantastic. I didn't want to push my system on overload so I took some of it home-but it was all exceptional. 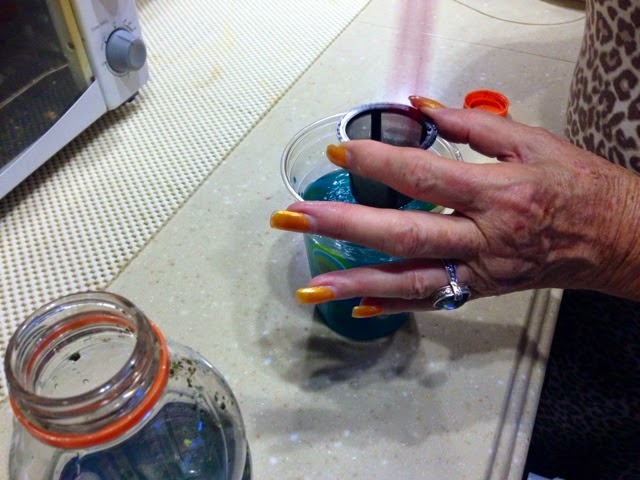 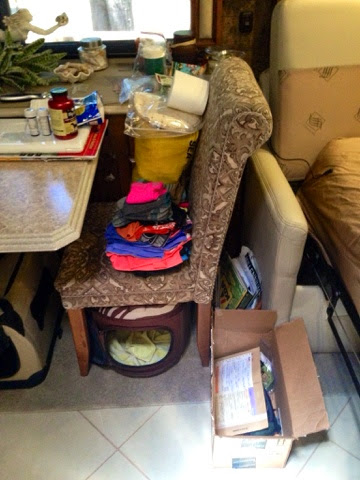 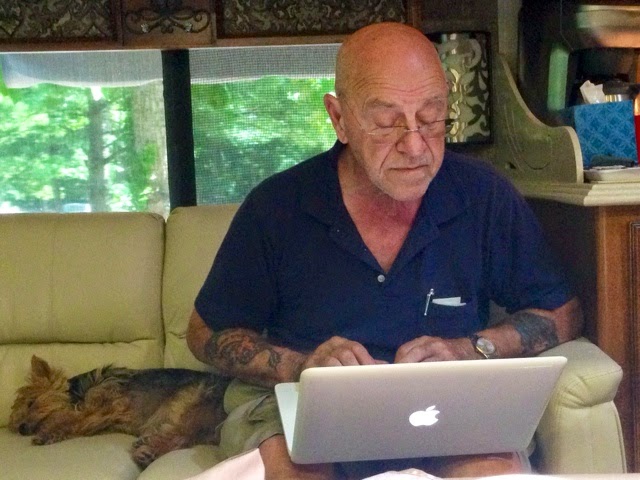 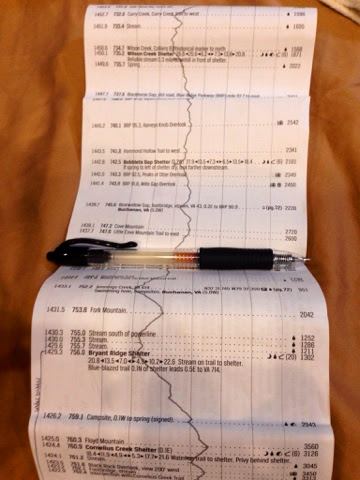 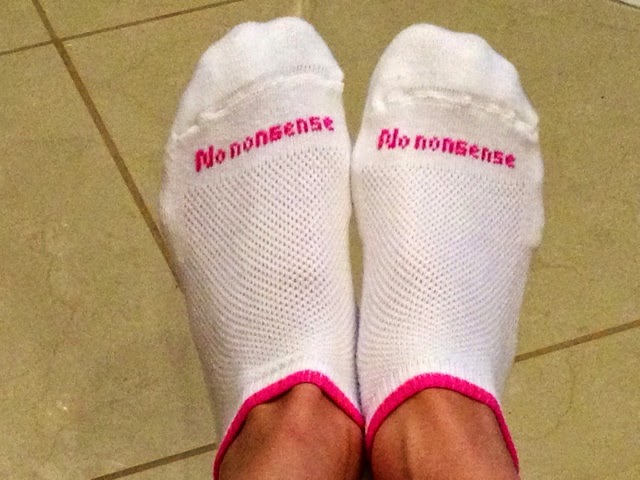 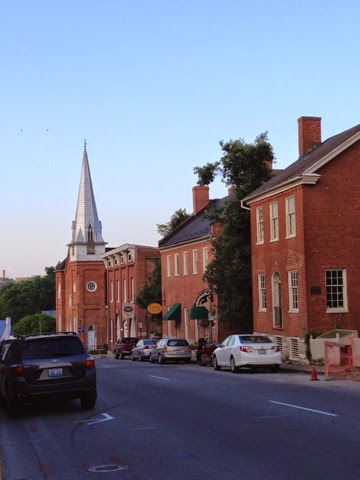 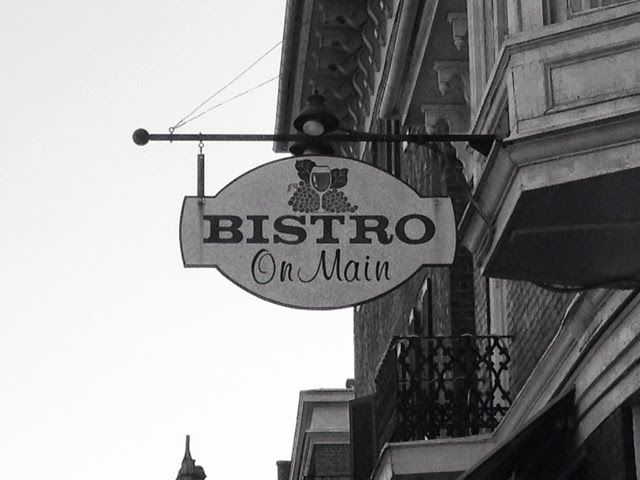 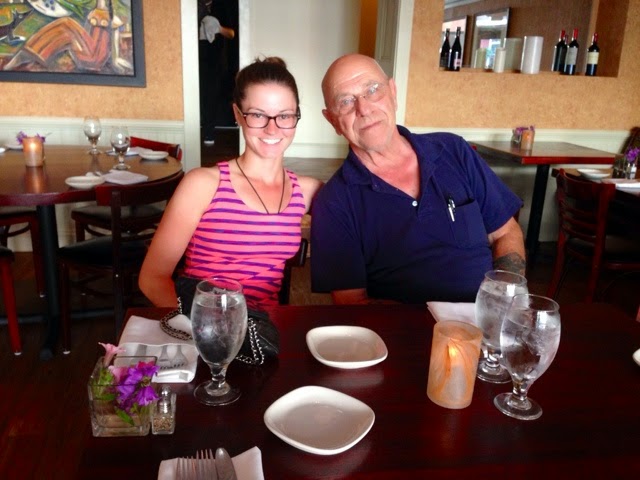 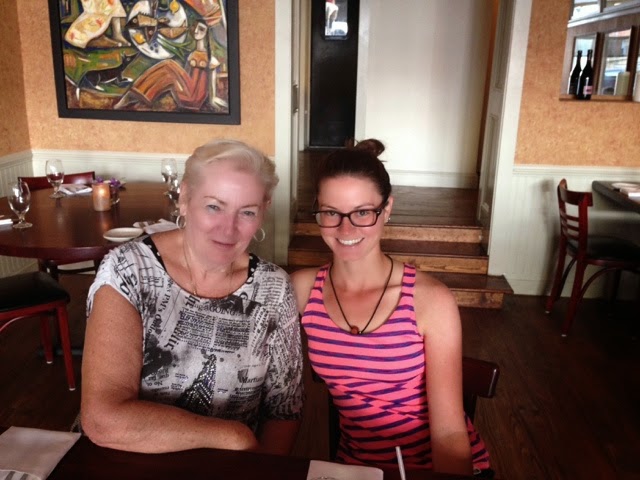 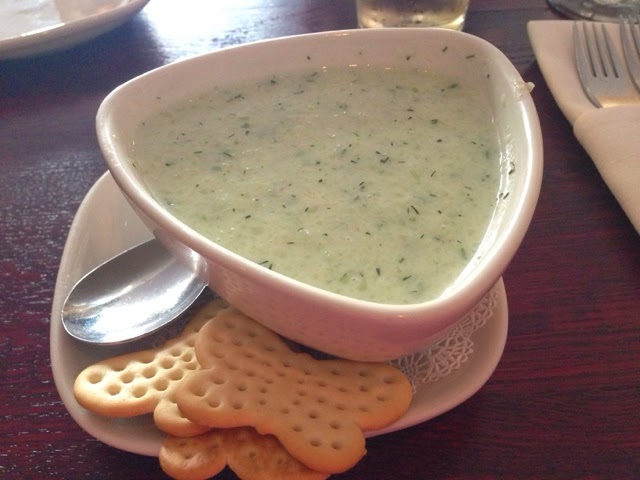 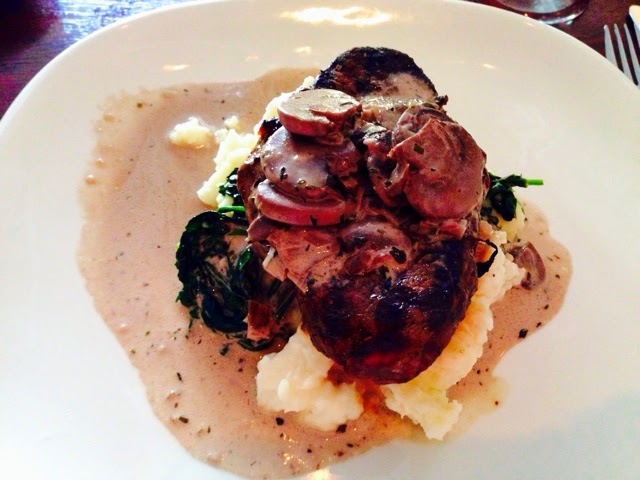 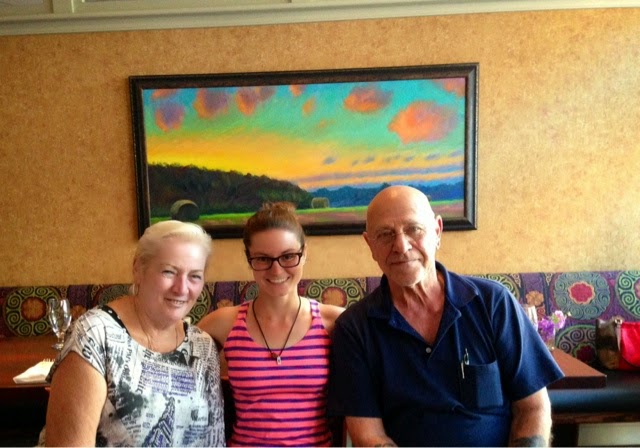