Our third day was a tenfold compared to the first; the day was beautiful, trail magic to the max, and we became closer to our family away from home. Our spirits were so much higher than what they were hiking in the rain, by the time we got to Woody Gap; Nick got us a ride into town with Jim to get some pizza! We rode in the back of Jim's pickup truck like three happy dogs (not to mention his dog was in the cab with him.) We had so much fun seeing the mountains at a higher speed than walking, and enjoying the beautiful day. Nick then realized he didn't have his poles in the pickup truck...hoping they would still be at the lot when we returned. I took off my boots to air out my feet since they were full of blisters; we pulled into an abandoned gas station and all of us looked at each other in confusion, Jim got out and joked with us saying "I bet you thought this was it." He asked if we rather go to more fast food type of restaurants or sit down, and although we didn't want to take the time to sit down and order I knew my body does not do fast food, so we compromised on Pizza Hut! You would think we hadn't seen civilization in a month that is how happy we were to be where we were. We ordered pizzas and salad bar and enjoyed every minute of eating and talking with Jim. After boxing up our leftover pizza, Jim took the boys to Walmart to get some beer and protein powder; I stayed in the pickup to watch our stuff and chat with Jim. Once we returned to the Woody Gap parking lot to our surprise Nick's poles were right where he left them! Also we saw the gang was there as well, they too hitched into town but were only brought to a gas station. Thanks again Jim! Nick hiked with a case of beer in one hand and pizza in the other–he is bionic. The group of us hiked together but at our own pace, me being toward the back since every step hurt with the blisters and sores I have on my feet. Once we got to a big rock ledge lookout we took a group shot (see below) From left to right: JD, Pigpen, Nick, Dexter, Dave, Ryan, Sweaty Balls, Triple P (or whatever Lynn really goes by), and ME! We had a great time camping on the side of the mountain too, ate pizza, popped open the wine Ryan had been carrying since the start, the beers, a fire, oh and mountain-side yoga stretch session. It was a good night! 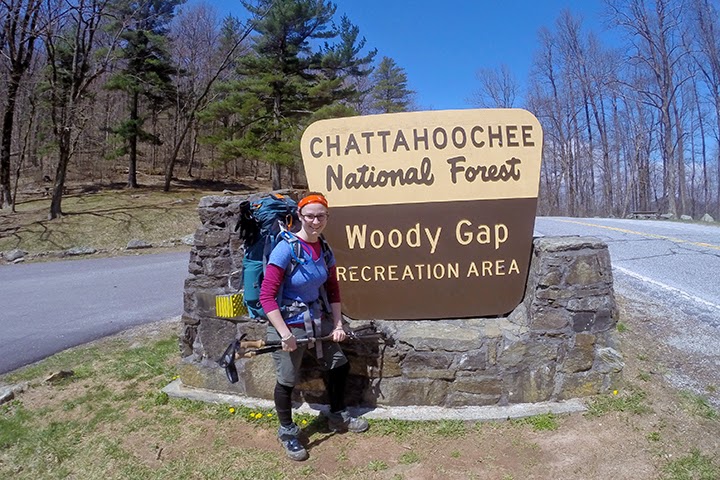 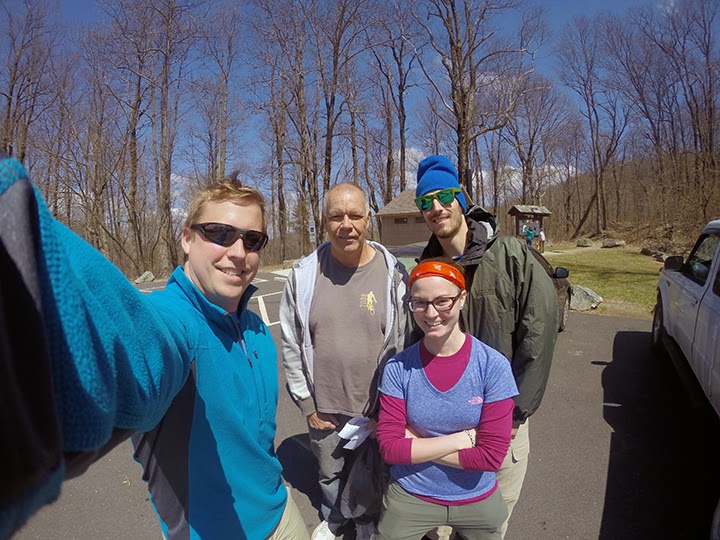 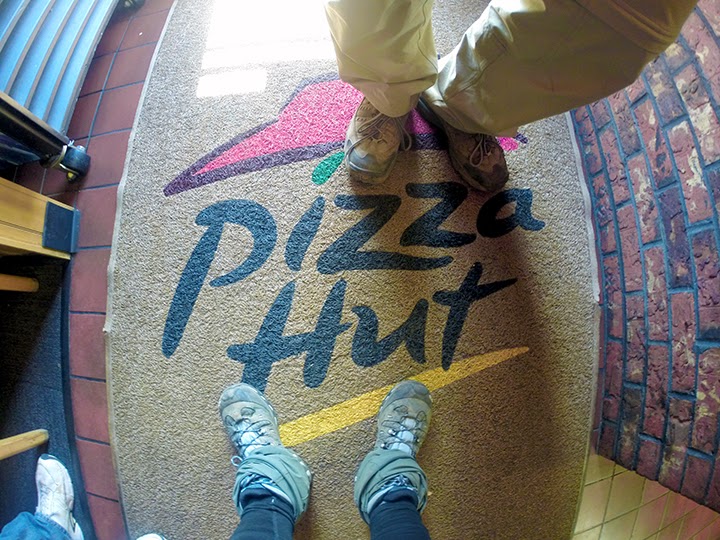 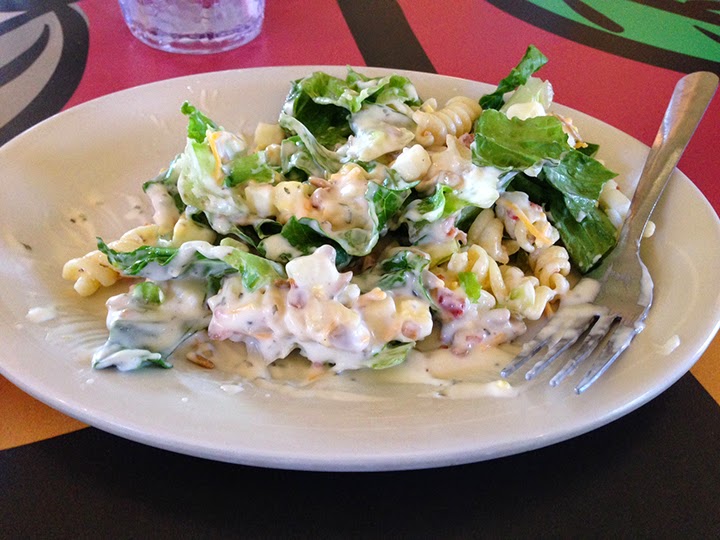 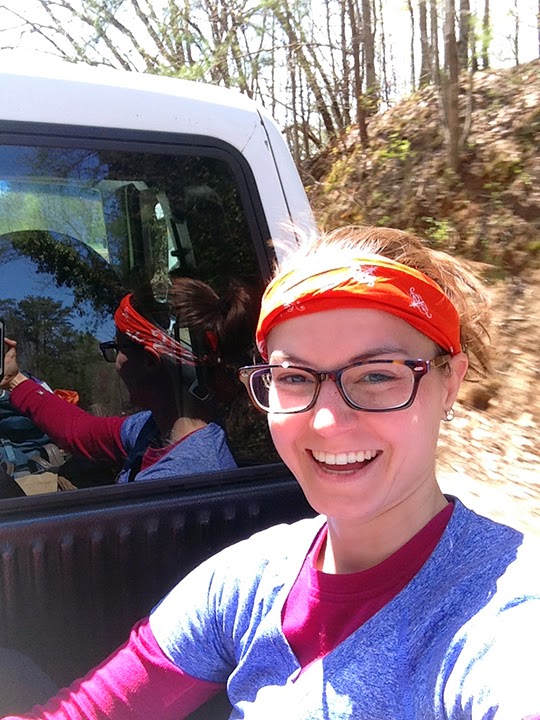 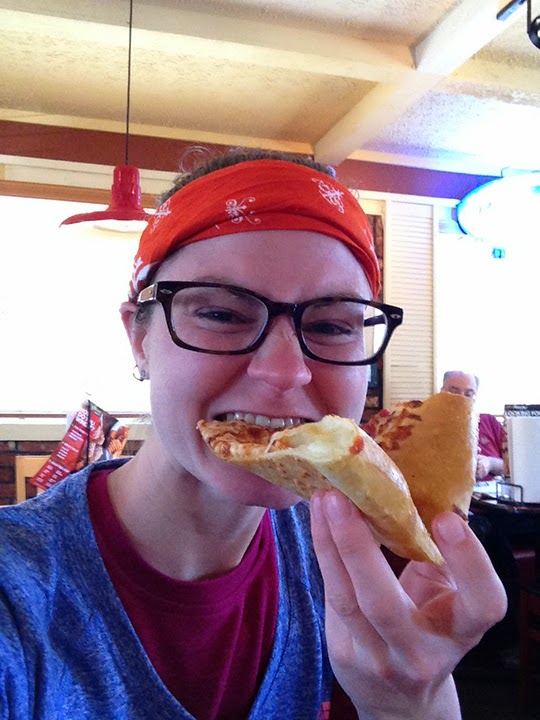 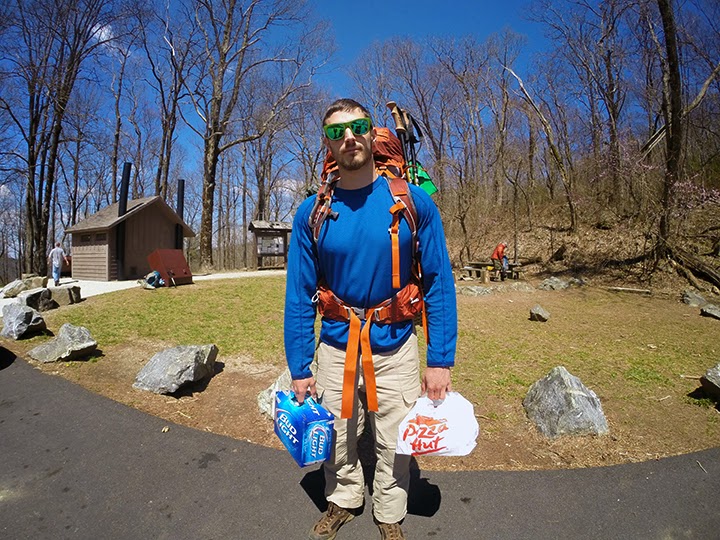 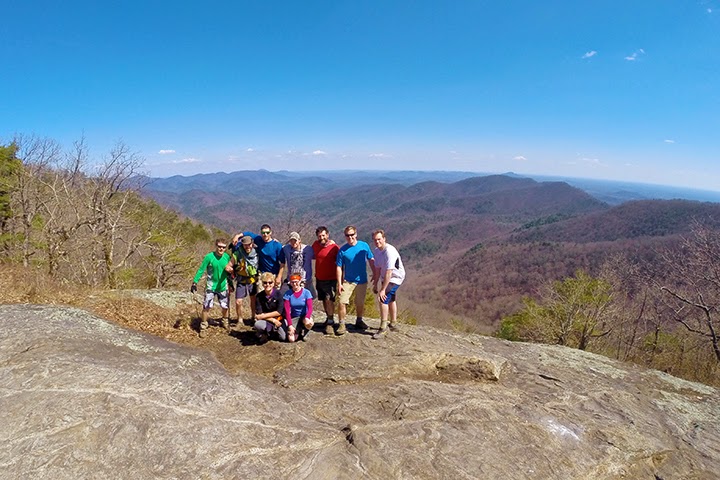 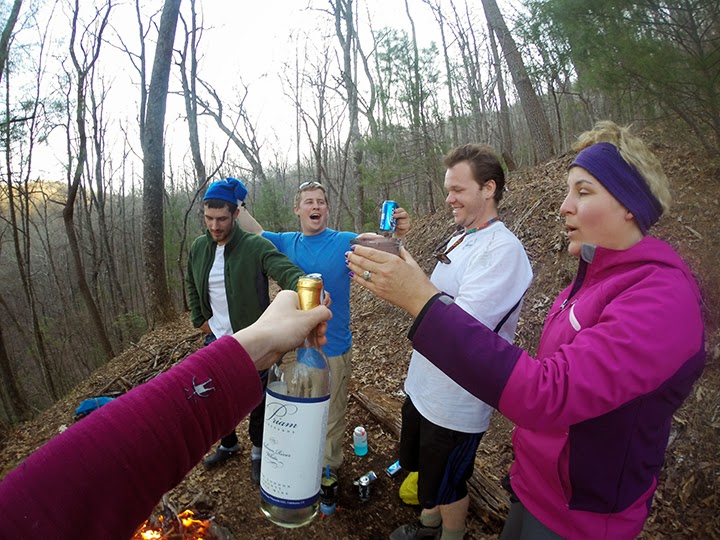 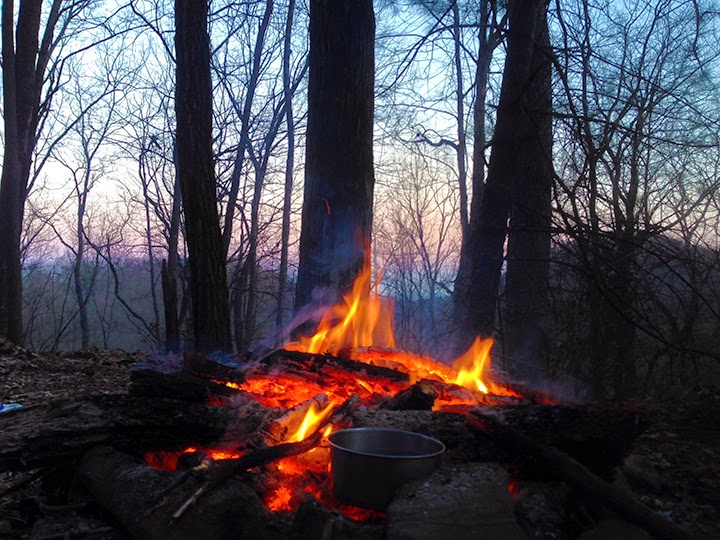 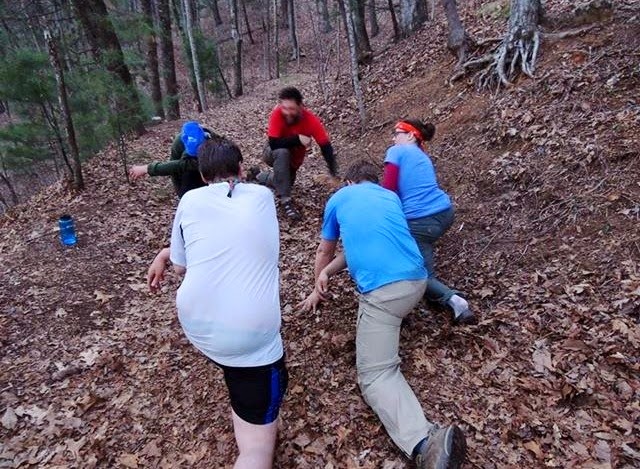 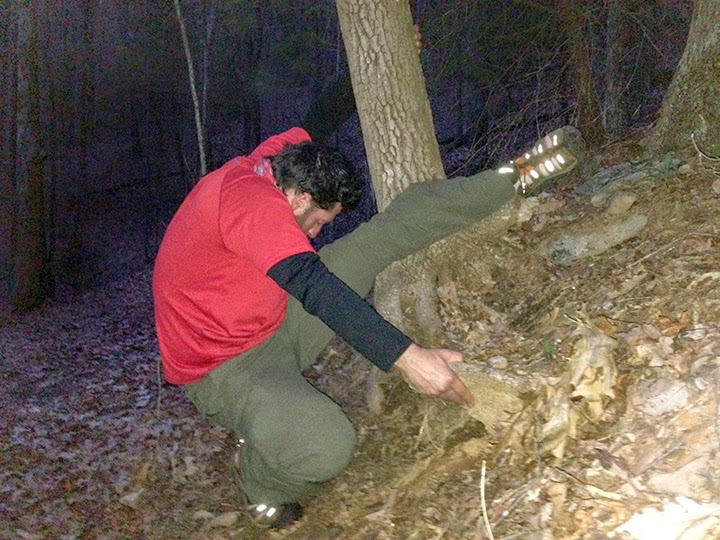 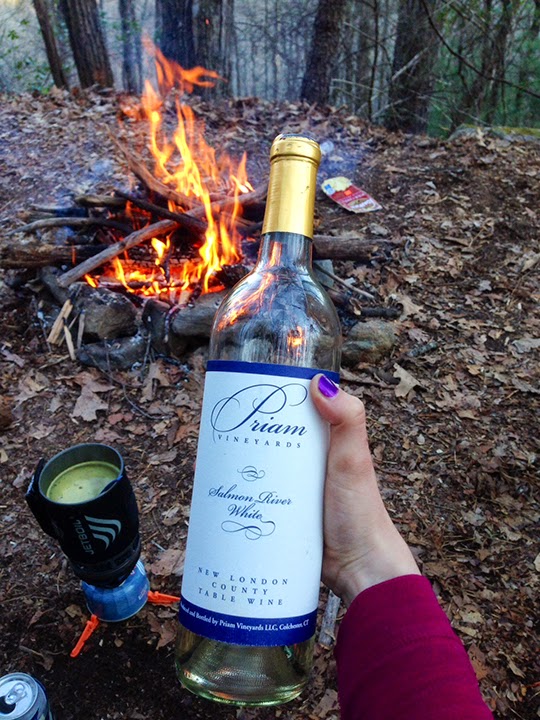 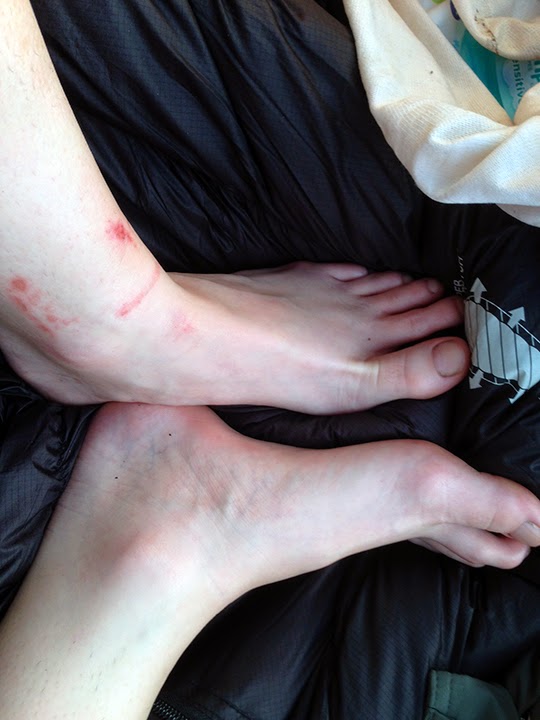