As we woke up from our own hotel beds, and looked outside; all we could hear and see was rain. It was overflowing from the gutters it was that bad. What a way to start the Appalachian Trail. Nick, his aunt, and his cousin were expected to be at the Best Western in Helen, GA at 8:00am. So we went and had some breakfast quick before they arrived. Once we started driving to our hour destination of Springer Mountain; the skies cleared and the rain stopped! We were all so excited until we arrived at "Forrest Road" (the wrong Forrest Road...) We ended up in the National Forest about an hour away from where we were supposed to be. We drove up a dirt road about the width of Nick's aunt's SUV and almost got stuck, that is how bad the rain and mud was. We went into the post office to find out the right direction we should head and were lucky enough to have a woman lead the way. Only problem was; Nick's cousin had to be to work for 1:00, so we were grateful for them to drive us at least to Amicalola Falls (where the approach trail starts.) Once we got there, we bought what we needed to, signed the log book, and weighed our packs (mine I believe was 33lbs.) There was a shutter that could pick us up at 4:00pm way later than we anticipated starting so we made the decision that we would have to hike the approach trail and get started since it was already almost 2:00. Not more than 5 minutes later the guy called back and said he could be there in 30 minutes, we agreed to wait. Anxiously waiting for our adventure to begin we waited, and waited, and waited some more. After 45 minutes I called him back, he said he would be there in 30 minutes, now we were getting strung along; people were coming and going and we were wasting time. Finally Nick was getting impatient and went inside the lodge, about 5 minutes later he let us know that we had a ride to Springer Mountain, thanks to Clay! Clay is a lawyer from Texas and we are so thankful for his help on getting us to Springer Mountain and hiking it with us! The start was like hiking through the jungle it was so green and beautiful I thought we were in the rain forrest...oh, and it was raining. Once we got to Hawk Mountain (finally) where we would be staying the night; the shelter was full, and not very willing to move much. We set up Ryan's tent in the pouring rain, he broke two of his poles so his tent did not stay dry and did not go up all the way. After we set up my tent, we cooked under the overhang of the shelter; I had no appetite from being cold, wet, and exhausted. I ate most of my Knorr noodles and called it quits. Nick stayed on the floor of the shelter. The first night to say the least was miserable. "I slept real well, a bunch of times" is a saying we have on the trail and it couldn't describe it better; you turn to one side, you turn to the other, you try your back, your cold, your hot, you have to pee but don't want to get out in the pouring rain–yeah...the first night sucked. It can only get better from here...right??? 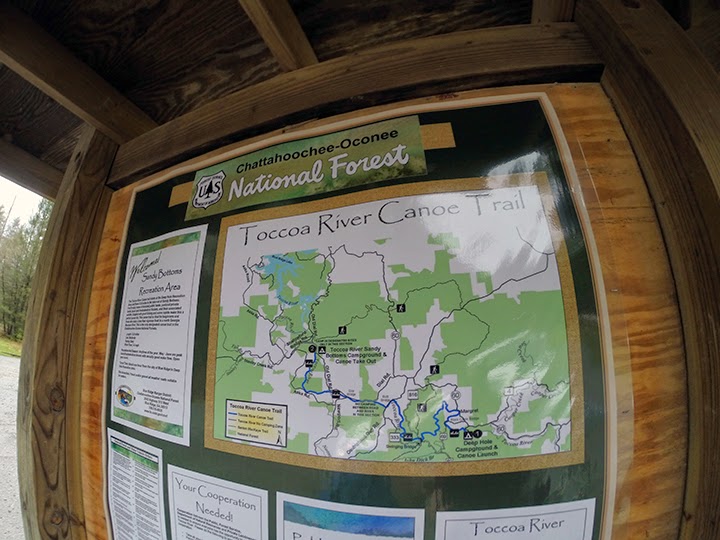 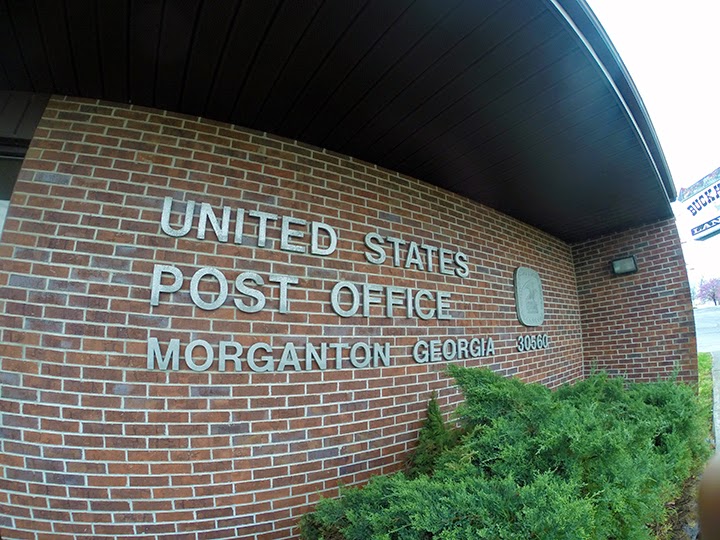 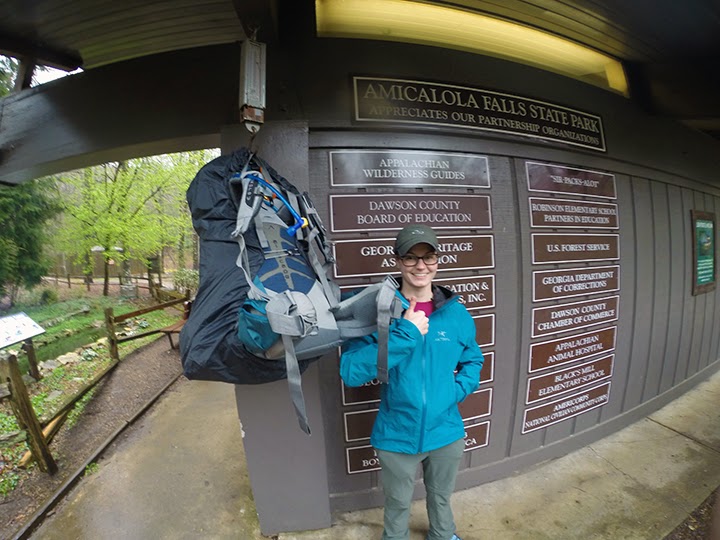 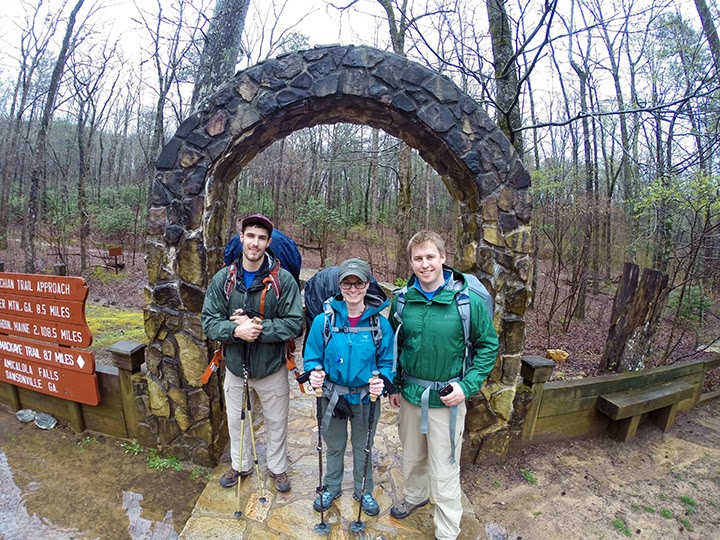 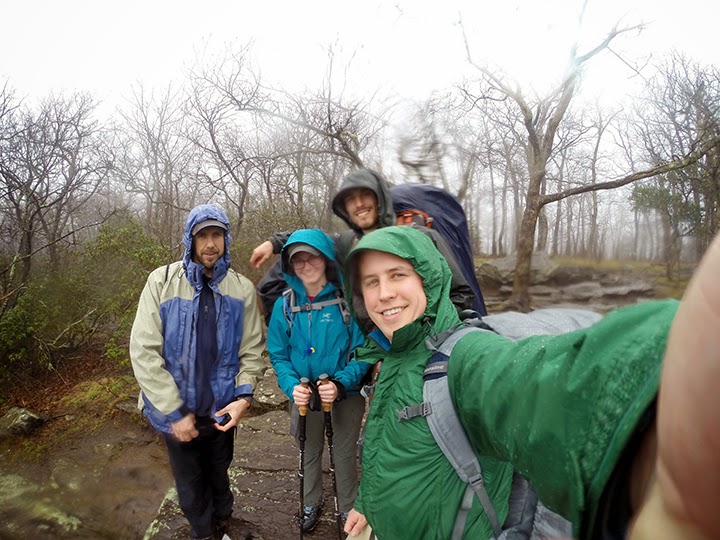 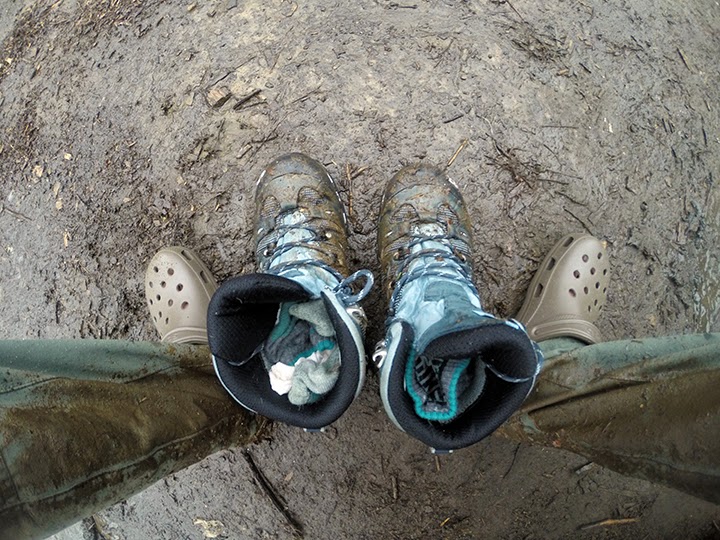 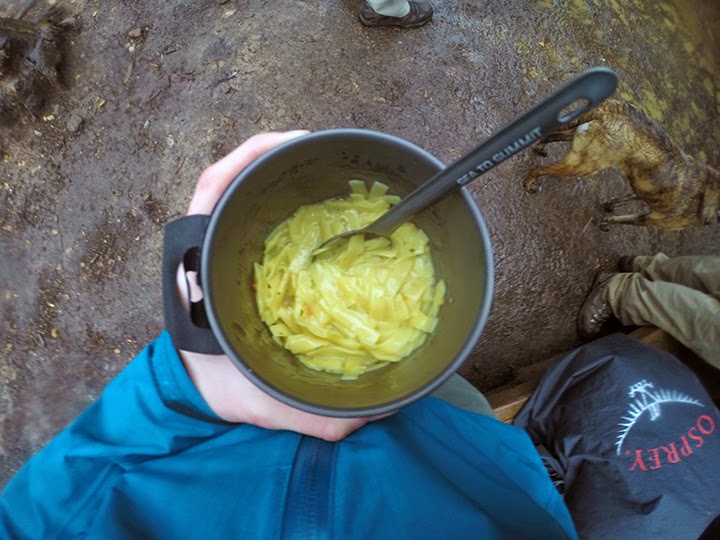 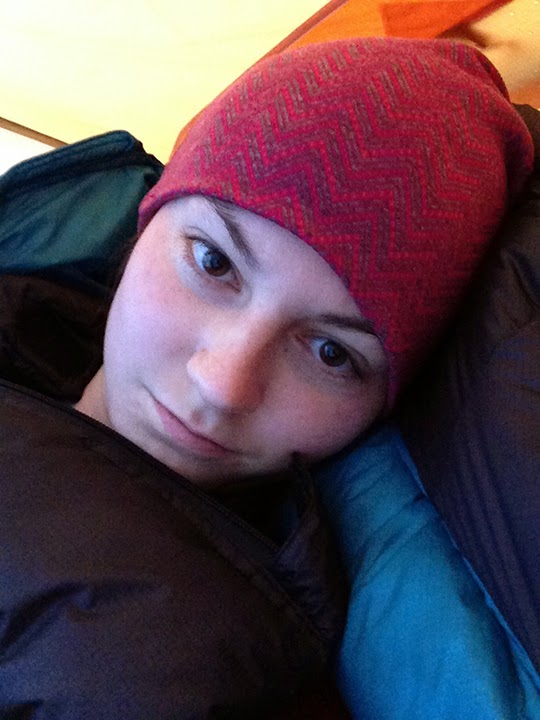 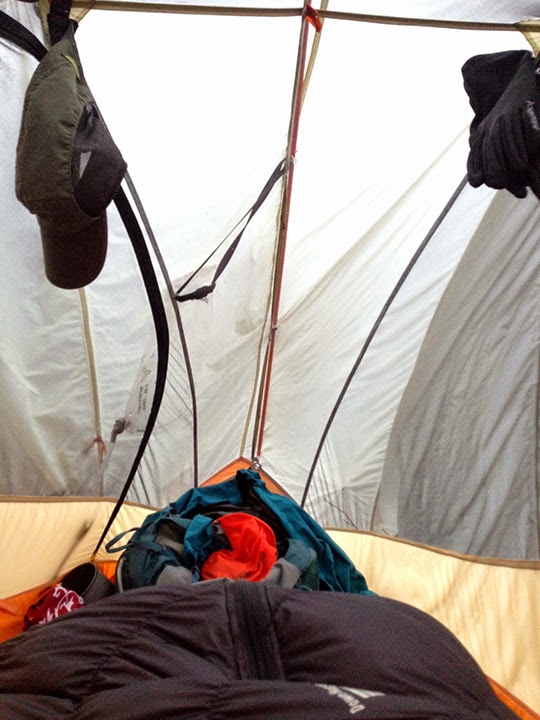